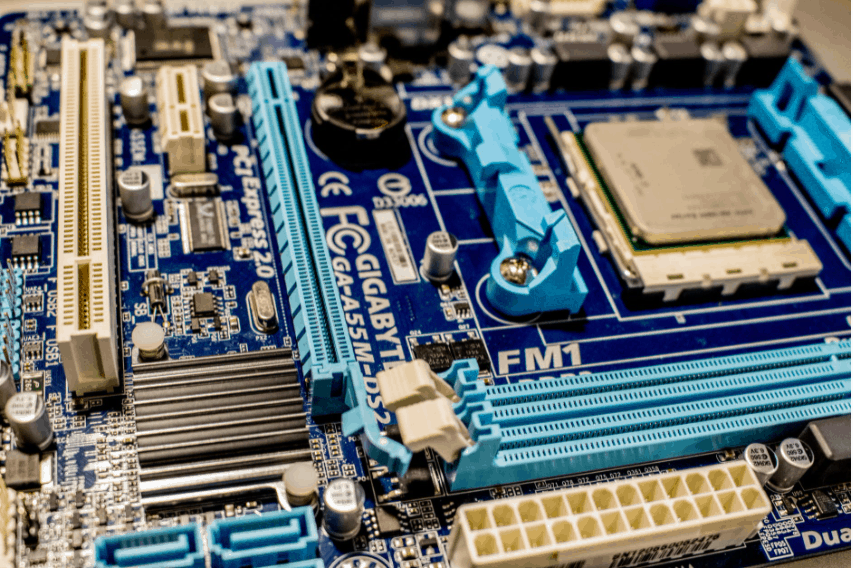 What Is A Transceiver In Networking?

When you’re building a network, at what point or another, you’ll need a transceiver. A transceiver would be the result of putting a transmitter and a receiver in the same device. It’s a decisive detail in the big networking picture.

A transceiver in networking is a single device that includes the functionalities of a transmitter and a receiver. They’re small portable devices that you can plug into network switches, routers, and boards. Some network hardware contains a built-in transceiver as well.

In this blog post, let’s talk about the transceiver, the different and most used types of transceivers, and delve deeper into the future of transceivers and how they work in wireless 5G networks.

What Is A Transceiver?

A transceiver is a piece of network hardware that combines the functions of a transmitter and a receiver in one device.

In networking, a transceiver is a modular component. It connects with other peripherals to build a data network.

When you’re building a fiber optics network, a transceiver is a crucial part. Why? Because you use it to convert electrical signals to optical signals and vice versa.

Furthermore, you have to plug in or embed a transceiver into the network to send and receive a signal.

You can plug a transceiver in a switch to allow fiber connections. It can be a single-mode fiber or multi-mode fiber, depending on the nature of the network interface you’re building.

Inside a typical transceiver, you’ll find two interfaces for two fibers. So, you can transmit and receive data in one go.

It also means you can use one cable to send and receive data.

Fiber is expensive, especially when building a broad network infrastructure with few numbers of interfaces.

It’s where bi-directional transceivers or BiDi transceivers come in. And it’s one purposeful networking equipment because it cut the cost of fiber.

In essence, BiDi transceivers have a double interface for one fiber cable. It’s like a combination of two typical transceivers in one device.

It allows you to use less fiber but get more juice flowing back and forth through a double interface.

Back in 1995, when you needed to build a local network, you used a Gigabit Interface Converter (GBIC).

A GBIC is a small, lightweight transceiver that you connect to a Subscriber Connector. You can use it on Gigabit switches and fiber channel networks.

However, you can use them to connect 4K HDTVs and DVRs to the internet without the need for Wi-Fi.

Simply put, you insert a GBIC into an open port, connect the fiber cable, and enjoy your fiber connection.

In 2006, manufacturers discovered a new way to make the transceiver smaller and more functional. As a result, they developed SFP and SFP+ transceivers (aka mini-GBIC).

SFP supports both fiber-optic and copper cables. Compared to GBIC, SPF can also support an ample range of ports. Therefore, it has replaced it in most networking hardware.

While SPF supports 1 Gbit/s speed for Ethernet and 4 Gbit/s, SPF+ supports 10 Gbit/s speeds. The SFP28 can support speeds up to 25 Gbit/s.

The double-lane QSFP28 can allow speeds up to 100 Gbit/s. The latest QSFP56 supports speeds up to 200 Gbit/s. SFP is adaptable to QSFP ports with converters RJ-45 copper connectors. So, these transceivers are super flexible while providing unbelievable speeds.

In general, SFP transceivers might look similar, but they’re different in performance. As technology advances, they’re getting smaller and faster as well.

Scientists are currently working on transceivers for 5G and IoT wireless networks. This type of transceiver allows higher speed and less data leakage.

As networking enters a new age of emerging technologies such as the Internet of Things, self-driving cars, and smart cities, transceivers are evolving quickly.

Transceivers are adapting to support more data transferring over infinitesimal wavebands. 5G will back 10 Gbit/s with these tiny transceivers. Whereas the old generations of transceivers used four-lane interfaces, the new transceiver will support even more lanes.

It means 5G transceivers will transfer gigantic amounts of data while shrinking in size.

28-GHz phased-array transceivers contain several antennas that allow them to receive and send lots of data at faster speeds. They’ll be a game-changer for 5G wireless networks.

However, this type of transceiver uses tons of power and costs a lot to build. Plus, they need to develop a new way to regulate and organize the signals coming at high speeds.

Luckily, scientists are proposing a workaround for these challenges and starting to implement them in newer transceivers. They discovered a cancellation methodology to minimize data loss and accelerate signal transmission and reception.

They also found new ways to minimize costs and decrease power consumption, all while keeping the transceiver device small in size.

Transceivers help you receive, organize, and distribute the data in smaller crunches for your internet connection to stream properly.

5G transceivers would work in a similar fashion but on a much larger scale. Why? Because 5G networks aim to connect every connectable device from your mobile phone to your refrigerator.

You Don’t Know What’s A Transceiver Until You Use One!

To understand the role of transceivers in networking, you must try them. Get yourself a cheap transceiver and tinker around. You can build trustworthy things with these tiny toys.

In a nutshell, transceivers are one of the basic building blocks of modern networks. There are several types of transceivers based on what you’re trying to achieve. You better look into that.