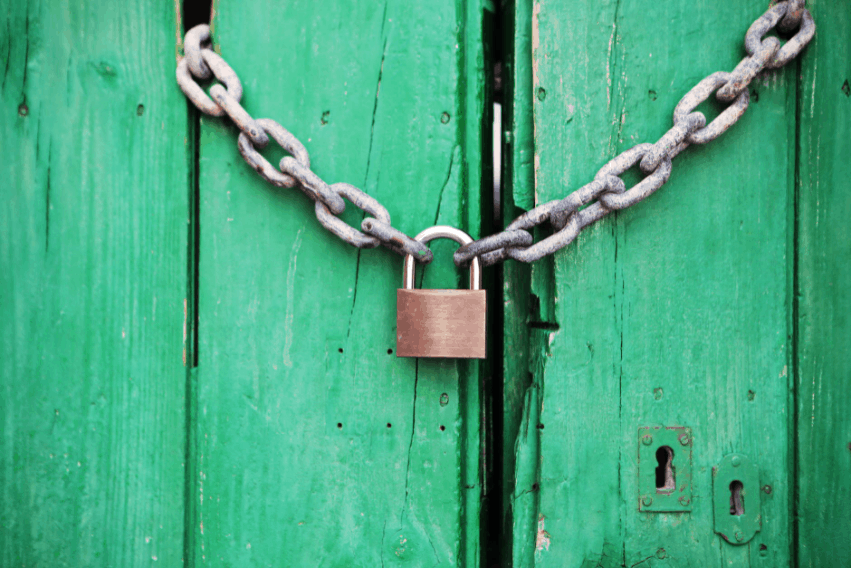 High-risk security areas were posing a challenge to the security industry for many years. Finding the perfect solution of how to control access to these areas, and to do it effectively at the same time has brought the invention of modern mantrap security doors.

Mantrap security doors represent a system with a room and two interlocking doors, where the second pair of doors will unlock under two conditions – the first doors are closed and locked, and the person has provided necessary credentials. Failure to do this will lead to the person being trapped inside the room.

Even though it sounds like a perfect solution, mantrap security doors may have several flaws that need to be handled properly. This will be explained further in the text.

The original mantrap dates all the way to the 19th century when this term was used to describe metal jaws that were activated once a person or animal would step in. Hunters used them to hunt animals, while many wealthy people were strategically placing them around their property to catch any unwanted visitors.

These traps were usually hidden and chained to a tree or a wall, so the person wouldn’t escape with the trap. I must say that this was very unlikely to happen since these traps were having strong sharp “teeth” that would hurt the person pretty badly.

Modern mantraps aren’t this extreme, they aren’t designed to hurt people, but rather to control their access to sensitive areas, like banks, airports, courts, police stations, prisons, research labs, and other facilities.

How Do Mantraps Work?

As already explained, a mantrap is a security system with two pairs of interlocking doors and a room in between them. Once a person enters the room, the second pair of doors will not open until the first ones are fully closed and locked.

Also, another requirement for the second door to unlock is for the person to show credentials that will grant him/her the clearance to pass. If the person fails to do this, they will remain trapped inside the room.

There are several ways the mantraps can operate, but the basic ones are manual and automatic mode. In manual mode, there is a person, usually a guard, at the doors who is checking the credentials and letting people in.

This system may have a flow when it is used in areas with lower risk, like bank branches. Usually, the guard is the one who is letting the visitors in, while the exit is automatically granted.

The issue with this type of mantrap is that it solely relies on the guard’s judgment. If the guard makes a wrong judgment and lets someone with wrong intentions in, the mantrap doors wouldn’t serve their purpose at all.

This is why mantrap doors are considered to be better if they are automatic, meaning that the person needs to have a key card to enter. The issue with the key card verification is that another person can land it and impersonate the owner of the card.

To prevent this from happening, some systems have biometric verification, meaning that you will need to use your fingerprint or eye retina scan to be allowed to go through. This is more likely to be the case when you are entering the highest level of security areas.

How to Prevent Tailgating in Mantraps?

To prevent someone from piggybacking, especially if you have the automated mantrap doors system, is to combine technology and human factors by hiring someone to monitor the mantrap room.

This may not be the most cost-effective solution, because you probably installed mantrap doors to eliminate the use of human factors in the first place, but it is inevitable to make the right combination.

The person should only be monitoring, not granting or denying access to the security areas. When people see a guard they are less likely to try to piggyback someone into the area.

Also, it is mandatory to have someone observing the mantrap room if it is securing a high-risk area. Almost at every airport, you will notice this security combination.

Other solutions for this problem are specialized anti-tailgating systems that have been in use for many years, like video monitoring, people counters, infrared detectors, etc.

Several of these solutions can be found for a very low price, but the rule with these types of security systems is that how much you pay is how much you get. This means that more expensive systems have fewer false alarms and higher precision of detecting possible tailgating.

What Happens with Mantrap Doors in Case of Emergency?

The first question that arises is what happens with mantrap doors during the loss of power. Do they unlock allowing uncontrolled entry and exit, or do they stay locked keeping the person inside trapped for as long as the power outage lasts?

Another situation that may happen is that a person is trapped inside the mantrap room and then some emergency like a fire occurs, or the life of the trapped person is in danger. Good thing is that there is a solution for all these situations.

In general, there is a way to override a mantrap doors security system and to unlock one of the doors to let the person out. This can be done either by entering an emergency override code or connecting the mantrap system with the emergency systems automatically.

This would mean that every time an emergency alarm would sound, the mantrap doors would receive the same signal and would automatically unlock the doors. The issue with this is that sometimes there might be false alarms, but nevertheless, this system setup is the best backup option for emergencies.